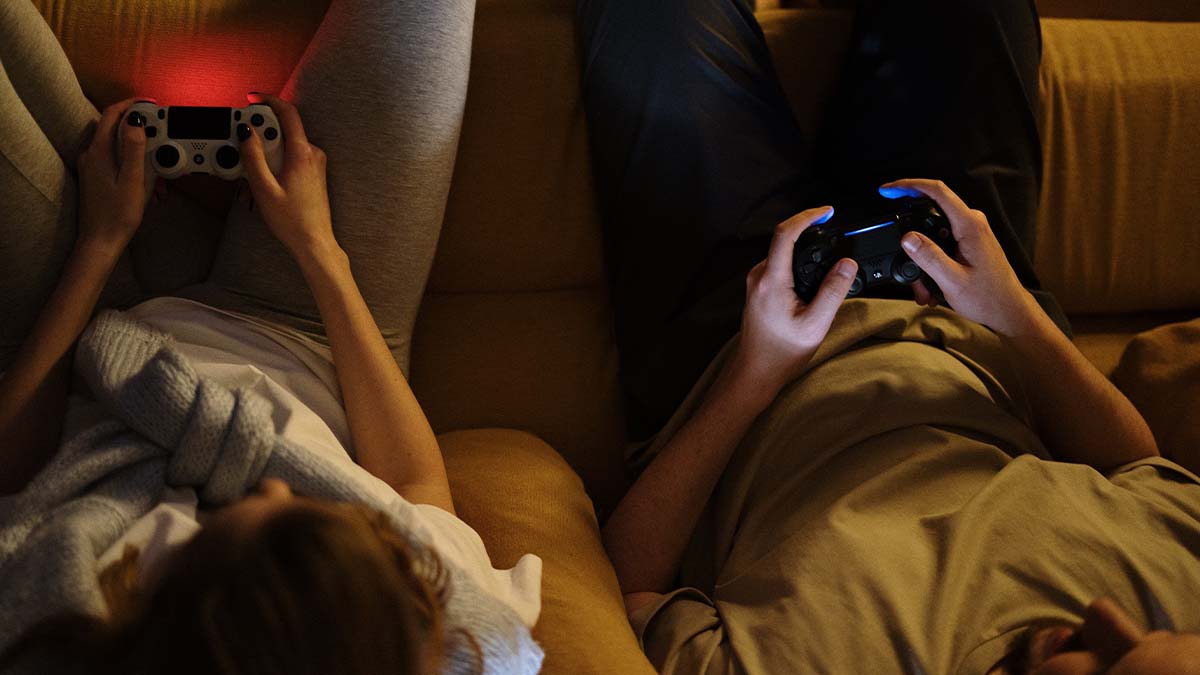 Many people don’t understand the gaming addictive nature of gaming. Gaming is an activity that can be very enjoyable, but it can also consume your life if you let it. This blog post will explore this topic in depth and hopefully provide some insight into why many people are drawn to games, even when they know it might not be a good idea.

If you have ever felt addicted to video games or wondered how games could possibly keep someone so engaged for hours on end, this article will help shed light on these questions and more!

What is gaming addiction?

One thing gaming addiction definitely has in common with other kinds of addictions is compulsion. Addicts find themselves feeling like they need a drug or activity to keep going and simply can’t stop once they start despite any repercussions. In some cases, gaming creates such intense feelings of relaxation and excitement that gamers will play for hours on end just so they can hold onto those pleasurable feelings as long as possible before life starts up again.

Although gaming is a form of entertainment, it also has the potential to be self-destructive if gaming habits become compulsive or gaming isn’t controlled responsibly. Compulsions are often fueled by feelings of guilt, shame and regret when gaming takes control instead of being in control. It’s important for gaming addicts to realize that gaming is not the only solution to problems in their lives and using gaming to avoid dealing with these issues will only make things worse over time (although sometimes gaming can help distract them from problems too).

How can gaming become an addiction?

People who are gaming addicts often feel like they can’t stop gaming no matter how hard they try.

These types of triggers revolve around feelings gaming addicts might experience when gaming including excitement, relaxation, pleasure and the sense that gaming is the only available coping mechanism in their lives.

Escaping reality is another gaming addiction trigger. This can be especially true when gaming addicts are experiencing depression, anxiety or other mental illnesses that cause them to withdraw from society into gaming instead of reaching out for help.

Cues to use gaming

When gamers feel bored or stressed out, they might turn to gaming as a way to alleviate these feelings because gaming has become their solution for everything in life.

Games often create short-term rewards that keep gamers coming back for more through leveling up and collecting new items. While this isn’t necessarily a bad thing, it can lead to gaming habits that revolve around certain games over others and spending excessive amounts of time on the activity without realizing it.

It’s also easy for gaming addicts to ignore the problem because gaming is such a huge part of their lives. They might neglect other personal responsibilities such as school or work and still feel like everything is “fine” because gaming is more important than anything else in their lives right now.

What can people addicted to gaming do?

If you think gaming addiction might be an issue for you, here are some things you can do:

It’s never too late to get help for gaming addiction even if it feels impossible to stop without assistance.

Do you find yourself gaming more often than intended despite feeling like it causes problems in your life? Does gaming seem like the only way to deal with stress, anxiety and other uncomfortable feelings? Does gaming give you a sense of guilt, shame and regret after you’ve finished gaming? If so, it might be time to seek help.

The first step is taking the time to stop gaming and focus on getting better without gaming as an option in your life.

Once you’re ready to stop gaming, asking for help from friends and family members who won’t enable your addiction can make all the difference in preventing relapse.

What about gamers with children and families?

Once it’s been decided when gaming will stop, create a routine of activities that can take its place so there won’t be any extra time on people’s hands during periods where they used to be busy playing video games. These activities could include replacing video games with other forms of entertainment such as television and books and replacing console controllers with more physical activities like meeting friends in person instead of gaming together.

Get rid of gaming

It can be helpful to get rid of gaming consoles and gaming-related items so gaming is no longer an option in anyone’s life. Even though gaming might not seem like an issue anymore, having gaming around could cause temptation to relapse, especially because it only takes one game session to start playing again.

Talking with children about gaming addiction

If you’re concerned that your child may have a problem with gaming addiction, here are some steps to consider:

Communicate with your child

Be available for open communication with your child at all times so they know you’re there when they need support without any judgment.

While the temptation might be there to give advice or make suggestions, resist these impulses and instead listen to what gaming has done to their lives.

It’s important that parents avoid judgement because the last thing gaming addicts need is more shame about their gaming habits.

Make sure they know you’re proud of them for taking the first step toward gaming addiction recovery by seeking help.

Talk with other family members

Even though gaming addicts might feel like there’s no way out right now, it’s very possible that treatment could turn things around if gaming addicts keep trying until they find a solution that’s right for them.

There are several signs, or symptoms, of gaming addiction that might help gaming addicts recognize gaming as an issue.

2.   gaming for longer periods of time than intended

4. gaming when gaming is physically painful because of neglecting basic needs like food and sleep

5. gaming negatively impacting social life, being on time to events or work, ability to study or complete tasks at home or school, etc)

Why Does My iPhone Screen Go Black Randomly?

How To Build Your Own Computer Desk For Gaming In 2022

Why Does My Gaming Chair Squeak?