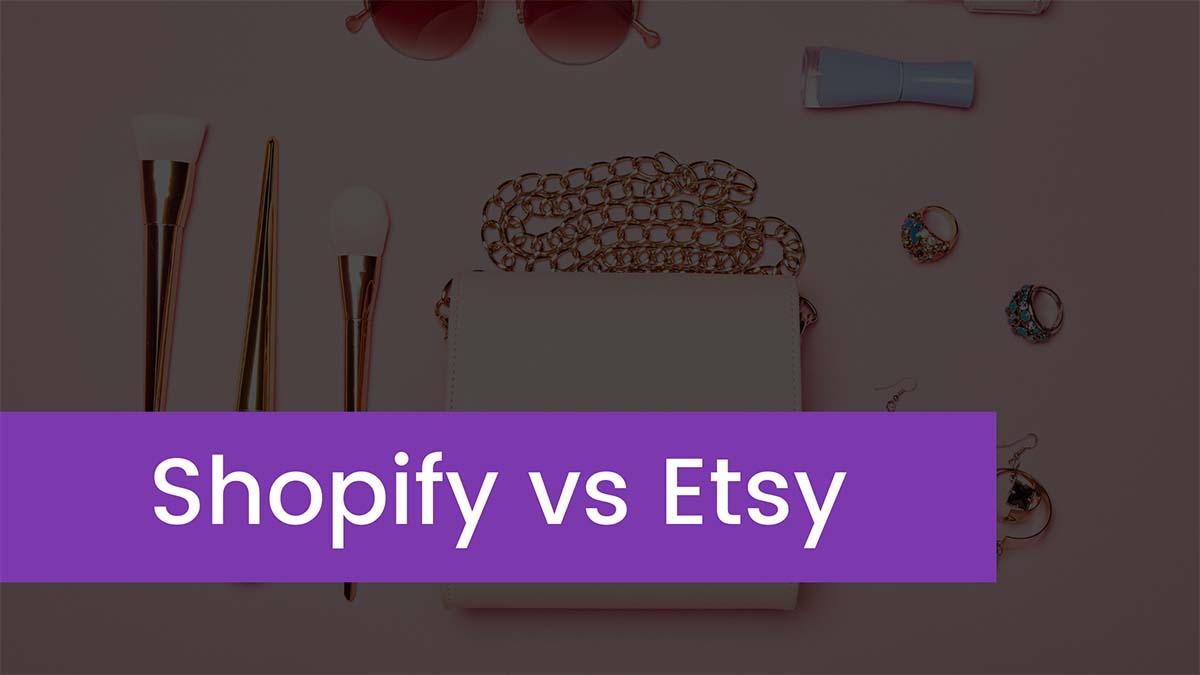 Have you been trying to making the decision between Shopify vs Etsy and whether you should say on Etsy or Shopify? Well In this post I will try to give a complete guide about Shopify and Etsy and I’m gonna be sharing with your the pros and cons of Shopify and Etsy.

This is something that I myself have been struggling with back and forth between for quite some time if you guys don’t know I actually sell print-on-demand products on Etsy and Shopify.

Now so I’ve kind of been on both sides of the spectrum. I’m here to share with you guys today the pros and cons of selling on both. So without further adieu guys let’s jump into it because I know y’all are here for the important stuff starting off I’m gonna talk about Shopify first.

This is going to be a clear indicator of whether or not Shopify might be right for you one of the best reasons to be selling on Shopify is that, there are no Limits to products to sell on Shopify. Shopify is fully customizable and you can easily customize your store according to your requirement. One of the best things about Shopify is that you can pretty much customize anything you want. Sell whatever it is that you’d like.

People are coming to your shop you can actually have a domain name, you can have your own website. Where you build it and structure it however you want for people to come and find your items with Shopify. There is only a monthly fee that you pay in order to use the program to host your website.

We’ll get into that a little bit later overall I found that Shopify is better if you are looking to scale your business to a larger size. If you’re just wanting to have freedom in general overall it is cheaper to host on Shopify. If you choose so just due to the fact that if you are creating a larger number of orders.

You’re going to having a lot of items in your shop then you’re not having to pay those fines every single time. You want to list a new item we want to renew a new item or every time that someone purchases something. You’re not getting all these transaction fees as well so that is the big plus to Shopify.

As well now one not-so-good feature about choppa is that unlike Etsy you are going to be having to drive all of your traffic to your shop. So they’re not going to push your shop out to their audience of people that they already have they’re not going to have a Shopify website where they can people can come.

Your stores are not going to do that you are going to be completely responsible for bringing in your traffic. If you’re a brand new shop that is starting up it can be extremely difficult to get that initial traffic boost and to get people to your shop to trust your shop to purchase from it.

website and check it out which makes it different than Etsy because you do have more traffic that’s already being pushed. There that you’re not having to go out and find I do believe that Shopify can be a con as far as pricing goes if you are a newer shop so for instance. If you’re selling handmade items and you do not have a very large variety of items and you’re not looking to invest a lot of money upfront in your business.

Then I do think that Shopify’s price can outweigh what you would pay on Etsy it honestly just depends because if you are wanting to make sales overall Shopify is gonna be your better bet money-wise and expenses. Why so just to recap some of my positives for Shopify would be that you have the customizable ability for your website for your landing page for as many items as you want.

Why Is Fingerprint Option Currently Unavailable In Window 11?

All You Need to Know About Microsoft Email Scams